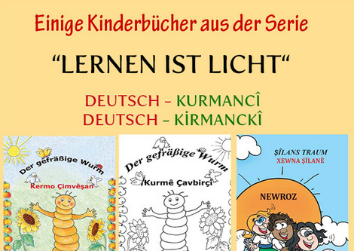 We welcome the Bundestag decision to recognize crimes against Yazidis as genocide!

The German Parliament unanimously recognized the crimes committed by the terrorist militia Islamic State (IS) against Yazidis as genocide.

We believe this is a historical decision and moment not only to commemorate thousands of Yazidis murdered by IS but also a chance to sustain justice for those who were killed, enslaved and tortured, and their relatives. This is exactly what the Bundestag decision which says “The German Bundestag bows to the victims of the war crimes and crimes against humanity committed by IS. It must become one of Germany’s tasks as a whole to raise public awareness of and commemorate the genocide of the Yazidis.”

We are sure that this decision will contribute to the efforts of the Yazidi community to raise awareness regarding the historical persecution of the Yazidis in their homeland and anti-Yazidi discrimination and attacks by Islamists and other radical groups in the diaspora.

As Verein der Eltern aus Kurdistan in Deutschland, we closely work with many Yazidi families and individuals. In our work, we witness several times how Yazidis are discriminated against both because of their religion as well as their ethnicity and language, which is Kurdish. We also hear how the continuous attacks of the states in the Middle East on Kurds – be it in Iran or Turkey, Syria or Iraq – affect the lives of Yazidis and other Kurdish communities in Germany and in other European countries. Therefore, we believe that discrimination against Yazidis is closely related to discrimination against Kurds in general. Consequently, we are convinced that the efforts for recognition and empowerment of the Yazidi community in Germany must be accompanied with a comprehensive strategy for combating oppression and discrimination against the Kurdish community in Germany.

Consequently, we hope and expect that the decision of Bundestag to recognize crimes against Yazidis as genocide becomes a milestone in the wider efforts of the Kurdish community for recognition and empowerment.

Lastly, we congratulate both Yazidi community actors and organizations working tirelessly to bring the Yazidi cause to the attention of the political parties and the society, and the coalition government of Germany as well as the other political parties in the Bundestag that supported the motion and voted for the recognition of the crimes against Yazidis as genocide.